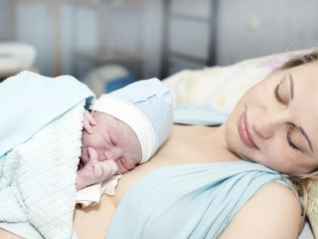 In Sydney today the Daily Telegraph had a front page story telling of the crisis in New South Wales hospitals. It’s said that new mums are being kicked out of hospitals as soon as possible, “. . . because of a severe lack of staff.”

Well the crux of the story is true, but the cause of the problem is being lied about. Yes this is a dangerous practise that has been going on in Australian hospitals for a number of years now, but it is not a result of a lack of staff.

The reason why new mums are being forced out of hospital at dangerously fast rates is too many people. The mainstream media continues to blur the lines in the immigration debate. Instead of perpetuating the, “we don’t have enough qualified midwives, let’s import some,” philosophy, maybe we should look at this problem without the influence of vested interest groups.

If Australia reduced immigration, and incentivised nursing studies perhaps this problem would be solved within 5-6 years. Instead the mainstream media – with its army of big business advertisers – will peddle rubbish that the problem can only be solved by an increased focus on immigrants with nursing skills. Lol.

The fact that Blacktown in western Sydney (high immigrant intake) is one of the hotspots for the crisis, seems to be lost on the Daily Telegraph journalist.

Government planning has failed to cater for dangerous levels of population growth and now the most frail are being forced to deal with it.