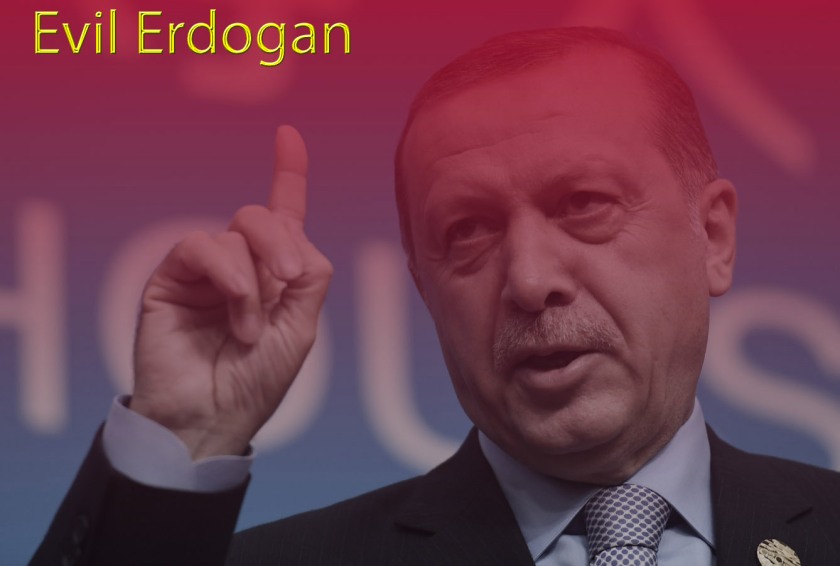 Racist Turkish leader Recep Erdogan’s comments regarding Australians and New Zealanders in the aftermath of the Christchurch mosque massacre are having an impact on ANZAC Day services. New Zealand has announced close to 60 ANZAC Day services have been cancelled for fears of retaliation from the local moslem population. Reports from New Zealand state there have been no specific threats however, the kiwis are on the back foot after the Turkish leader threatened to send Australians and New Zealanders home in coffins if they enter Turkey with any anti-moslem sentiments.

Below are some of the racist’s hateful comments directed at Australians and New Zealanders.

“You heinously killed 50 of our siblings. You will pay for this. If New Zealand doesn’t make you, we know how to make you pay one way or another,”

“This is not an isolated event. It is something more organised.”

“They are testing us with this message they are sending us from New Zealand, 16,500km from here.”

Further he evoked the ghosts of the First World War with reference to the 1915 battle at Gallipoli saying, “We had no issues with you, why did you come all the way over here?” The only reason: We’re Muslim, and they’re Christian.”

“Your grandparents came here and they returned in caskets. Have no doubt we will send you back like your grandfathers.”

At the time of his comments in March, Erdogan was campaigning for his AK Party in regional elections. The racist has a track record of inflammatory remarks with claims in 2017 that the Dutch were “Nazi remnants and fascists.” The ruthless dictator launched into his diatribe after  Dutch authorities had denied entry to Holland for two Turkish politicians. The politicians had planned to speak on the eve of a Turkish referendum and influence Holland’s Turkish community to support the government in the referendum vote.

Back in 2011 when campaigning for the Turkish election Erdogan visited Germany looking for votes amongst Germany’s Turkish population. In an early indicator of his evil methodology Erdogan said to those present, “Yes, integrate yourselves into German society but don’t assimilate yourselves. No one has the right to deprive us of our culture and our identity.” He also urged immigrants to, “. . . become doctors, professors and politicians in Germany,” seemingly to cultivate the growth and influence of Islam in Europe.

In another anti western tirade Erdogan threatened to flood Europe with refugees housed in Turkey. Erdogan claimed the EU owed Turkey $3 billion Euros as his country had upheld their end of a deal to halt the progress of refugees into Europe. The EU did not agree and has also antagonised Turkey by denying them entry into the European Union.

Despite asking for a retraction of Erdogan’s divisive comments, Australian PM Scott Morrison has heard nothing of a sort from the racist Turk. New Zealand sent over their Deputy Prime Minister Winston Peters with a similar cause but no such apology or retraction has been heard. The facts are that Erdogan is an opportunist who will stop at nothing to retain power. His reliance on racism in the past has been displayed before your eyes in this article, and despite Turkey’s small share of those killed and wounded in Christchurch, this evil man is the only leader to make such vile threats.

If there were to be a terrorist attack on or around ANZAC Day in Australia, New Zealand or Turkey, I wonder if the mainstream media will hold Recep Erdogan to account in the same way they crucify western politicians?